A Fisherman at home 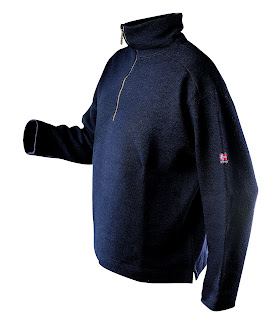 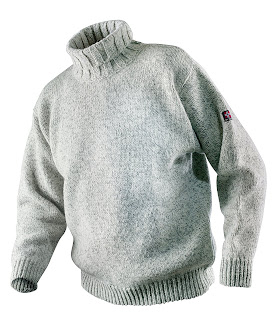 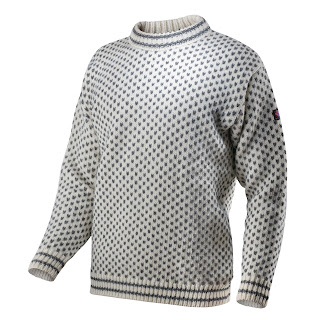 I love the look of SNS Herning knitwear, but if you need economical Scandinavian woolens for your ice-cap expedition, try Devold of Norway.

I’ve been using Devold Aquaduct baselayers for cycling for years. In colder conditions, and in the rain, I wear mattress layers of Devold plus a light wind vest. I’d rather get damp than overheat in a fully sleeved shell. Aquaduct knits can also be worn off the bike as a spread-collar type top layer in the style of Alexander of Fanny and Alexander (Bergman 1982).

For arctic conditions, I recommend one of Devold’s Blue Marine (Blaatroie) sweaters. Worn by North Sea fisherman in some past era, blue marine sweaters are knit from pure new wool using tightly knit worsted yarns. The sweaters are super durable (non-pilling) and work well for wear under waxed cotton jackets or vests. What I like best about the Blue Marine series is that they retain their original historical styling save for the patriotic addition of a Norwegian flag patches. That being said, here’s an example of a Devold nautical model I would not purchase from the past: 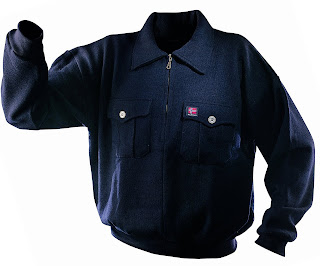 While I prefer shopping from the 19th century, Devold is offering a few “modern” tech woolens I might try. I’m a little unsure about the overarching look of the “Optimum” hoodie but I do like its use of a knit grid pattern and thumb loop holes. The optimum might make a nice addition to my post-apocalyptic layering system: